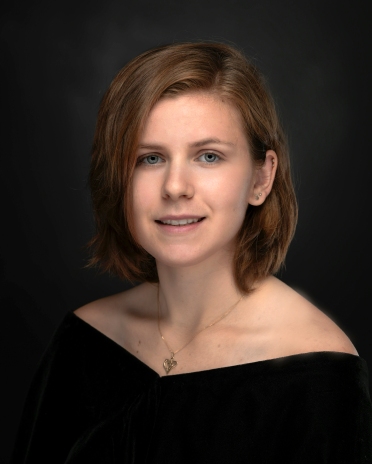 During her time at IHA, Anna Mullens’20 has made a significant impact on both her peers and teachers. Anna took on a rigorous course load, including many STEM classes, but she does not back down from any challenges. Over the last four years, Anna was a member of Accents, heartTV, the Writer’s Guild, and the Science Olympiad. She was also inducted into the National Honor Society, Science National Honor Society, and Spanish National Honor Society. As if that wasn’t enough, Anna managed to make either Honor Roll or Distinguished Honor Roll every semester!

Outside of the classroom, Anna loves nature and the outdoors. You can often find her with a tennis racket in her hands. Anna played tennis for the IHA team, and also pursued tennis outside of school. She also loves to cook vegan food, read, and write.

Looking toward her future, Anna would love to pursue the field of biochemistry. One of her favorite classes at IHA was AP Chemistry. Although it was a demanding class, it gave her the essential skills she needed to build a foundation for a career. Her teacher, Mr. Opremcak, said Anna is, “one of the quietest girls I have ever taught, but has a sharp sense of humor that she shares when she’s comfortable.  She works very hard, is very independent and shows great depth of knowledge. She is able to apply her math skills to chem, which is a huge advantage.” He also describes her as a key class contributor.

Anna plans on attending Providence College in Rhode Island and will be double-majoring in biochemistry and English. Before she attends graduate school, Anna would love to join the Peace Corps. Her passion for helping people is evident. Some of her global awareness stems from her AP Comparative Government & Politics course. Mrs. Chelotti, her teacher, stated, “Anna Mullens’ quiet brilliance is evident in her passion for academic insight and concern for people throughout the globe. While carrying a heavy academic load with multiple AP classes, her understanding of the world continues to expand and grow. In AP Comparative Government and Politics, Anna gained tremendous knowledge of major political powers especially China, Iran, and Nigeria. Her dedication to excellence will serve her well as she embraces the college experience and after as she prepares to serve the global community in the Peace Corps.”

Anna shared how IHA has helped her come out of her comfort zone and try new things. “Before high school began, I never would have imagined that I would be involved in a club like heartTV,” Anna said, “but I am so grateful I made my way into the studio that one day freshman year.”

Her one piece of advice to underclassmen is to take advantage of social opportunities in high school. She believes it is important to study (don’t procrastinate!), but she stresses the importance of living in the present. Best of luck next year Anna, the IHA Accents Staff will definitely miss you!