About a month ago, I made the executive decision to delete all social media from my phone. I was pretty late to the game with downloading social media to begin with, only starting within the last year. Even though I only used Snapchat and Instagram, I used both of those platforms frequently. I have now come to realize how often I glanced down to see if I have any notifications, and how much I depended on my phone. Initially, I was afraid that I was going to be missing out on something, however, I’m not the one missing out here. With relieving myself of social media, I have also relieved myself of the stress that came with it. I no longer worry about what other people are up to, or if people I know are doing something I’m not.

To be honest, the first week or so of not using social media was pretty rough. I found myself constantly tapping the space on my phone where Snapchat was, and feeling uneasy at the lack of hearing the typical Snapchat notification sound. I would constantly glance at my phone, hoping for that notification, before realizing that there was nothing waiting for me. However, after that initial first week, I found that my mind was much clearer and I was not facing as many distractions. 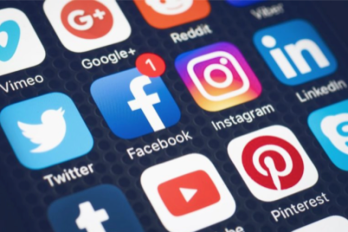 Examples of the social media that can control our world. Photo courtesy of http://www.bmmagazine.co.uk

On Snapchat especially, a majority of my purpose for using the application was to keep up my streaks; in reality, there was only a handful of people who I really talked to and really cared about. I spent so much time stressing about streaks, trying so hard to keep them up, when they are completely meaningless. Now, I make an effort to keep my friendships and relationships intact, and the whole experience of deleting social media has shown me who my true friends are.

In the end, it really does not matter how many people view your story or like your pictures. I went into this social media detox thinking that I would only be away for a week at most, but now I honestly don’t plan on re-downloading it anytime soon. I believe that social media is having the reverse effect than intended; it is making us antisocial as opposed to more social. Instead of hanging out with friends and walking around town, or going out to eat with family we are literally living behind a screen. There are still ways to be apart of your friends’ lives, even if you do not use social media and those who really matter to you will try their best to have a relationship with you. With that being said, try logging off. See if it impacts your life the way it impacted mine.