An issue that many women experience today is trying to obtain a position of leadership. In order to get one perspective on how young women can achieve leadership roles, I sat down and spoke with the former mayor and current deputy mayor of Ridgewood, Susan Knudsen, about her journey and how she became a leader in Ridgewood.

How long have you been involved in government?

I actually started becoming involved in village government in 2010. I was asked to run for Village Council. I’d already been asked in 2012 and declined because I wanted to finish my stint on the Board of Adjustment. I said, fine, I’m not a politician, but I’ll do it. So, in 2014 I ran. I’m in my ninth year of serving the Village Of Ridgewood.

What inspired you to become a mayor?

I was attending board meetings for the high-density, multifamily housing and I knew a lot of the people that were actively involved. I was interested in making sure that Ridgewood was preserved for future generations as the Village that we know – a small town with a suburban setting and central business district that I felt so strongly about preserving. 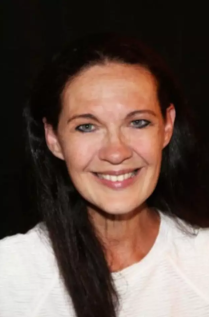 What challenges have you faced in your career and in achieving your position?

It’s always a juggle trying to maintain a busy schedule because of our responsibilities as council liaisons. Some of the challenges are juggling day-to-day life activities and family without being all consumed with Village business. Next week I’ll be at a meeting Monday night, Tuesday night, Wednesday night, Thursday night, and sometimes we find on our calendar that we’ll have a grand opening on a Friday, Saturday, or Sunday or activities for Girl Scouts or Eagle Scouts. There’s a lot of other activities that you’re expected to engage in. And so the challenge is really more scheduling than anything else.

Do you think you have faced greater challenges than a male could have faced?

I have to say I’ve been lucky. I’ve been fortunate right out of college. I was hired by a corporation in New York and I very quickly rose through the ranks and became the chief operating officer. I found myself in a male-dominated world, but I have to say I must have hit the jackpot because they were the best mentors. I never felt that I struggled as a female. Even when I had kids I still commuted. I actually toted one of my babies every day into the office.

I think people who lead well are really good at negotiating and finding the middle ground. Negotiating and bringing people together isn’t always easy. I would say that in terms of challenges, when you get people that are so firm in their resolve not to move forward, that can sometimes make it difficult, but most people are willing to compromise to find a way. I always think that’s the best approach and that’s the sign of a good leader. Also always treating people with respect no matter what they say. People can say and do anything they want and you just have to let it roll off and not respond, not react.

How do you balance being a mother and a professional? What have you sacrificed (both personally and professionally) at each stage of your career?

I commuted with my infant and then I had a second son and I commuted with two infants. I was very fortunate. The company I worked for really liked me and they made a ton of accommodations for me, which was unheard of back then. They also allowed me to work from home. Balancing in the work environment is always difficult, but if you find the right place and the right people to work with, typically you find the right balance. I would say being a mother in the working world for me was far less challenging than balancing time commitments with the obligation and responsibility to elderly parents that are not well.

What advice do you have for aspiring female leaders?

Do your research and hold your head up high. Never ever think that you are less competent than anyone else in the room. Don’t let people belittle you. Hold your head up high and have the confidence to do your best. Never let anyone make you feel otherwise. Be strong, be tough. Don’t ever let anybody see you break, never.