A Spirit Day of Witchcraft and Wizardry

On Wednesday, May 24, the class of 2019 enjoyed a full day of fun, games, and sisterhood in a race for the house cup at IHA. Streamers, balloons, and decorations of green, blue, red and yellow flooded sophomore hallway as girls decked out in their house colors.

The 9 homerooms were divided into four teams inspired by the houses from the Harry Potter book series; green for Slytherin, blue for Ravenclaw, red for Gryffindor, and yellow for Hufflepuff. Ultimately, the cunning Slytherin house took home the cup, leaving Hufflepuff in second, Ravenclaw in third, and, surprisingly, Gryffindor in last place.

This exciting and eventful day consisted of several activities including Jeopardy, a teacher baby photo guessing game, Pictionary, tug of war, a scavenger hunt, a sing-off, and, of course, Quidditch.

“I absolutely loved watching the Quidditch game,” said Clare Donnelly, sophomore and co-captain of Hufflepuff team. “It was hysterical to see the snitch be released during the game because the two seekers from both teams would try to catch it around the whole field. Everyone was out of breath fast!”

Overall, this day would not have been possible without the help of sophomore moderator, Mrs. Shutrop, and her class officers: president Eliya Herriott, vice president Hallie Gastelu, secretary Cristina Lenoci, and treasurer Molly Gallagher.

“Together we all spent weeks planning, organizing, and setting up this day so that it could be enjoyable for the whole grade,” stated Vice President, Hallie Gastelu. “I even managed to convince Mrs. Shutrop to get us Ben and Jerry’s for the day instead of frozen yogurt!”

The Ben and Jerry’s ice cream cart certainly topped this spirit day off and left the girls satisfied.

In addition to Ben and Jerry’s, this sophomore class is the first to get a specialized meal provided by Chef Andrew. Instead of getting the usual wraps and sandwiches, girls enjoyed Mexican food, consisting of quesadillas, rice, and churros!

Gastelu stated,“The class of 2020 better get ready for next year because it will be hard to top this Sophomore Spirit Day at IHA.”

All photos are courtesy of Mrs. Patricia Proscia. 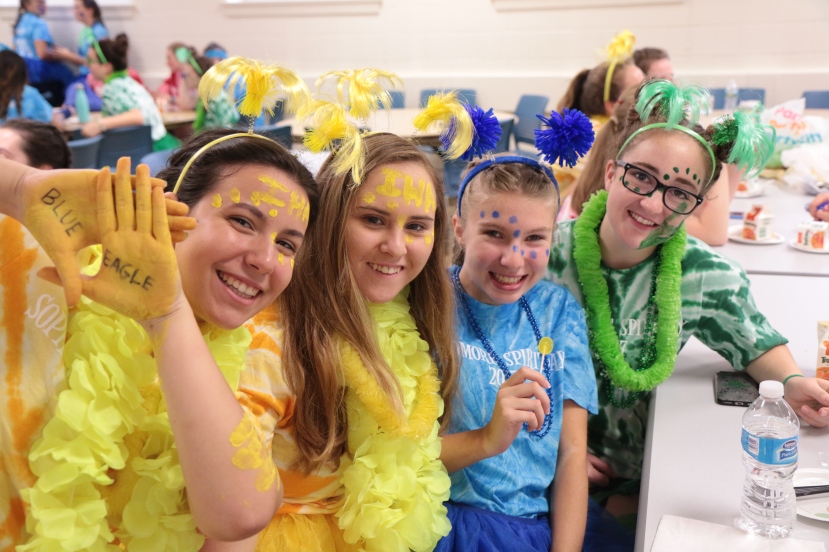 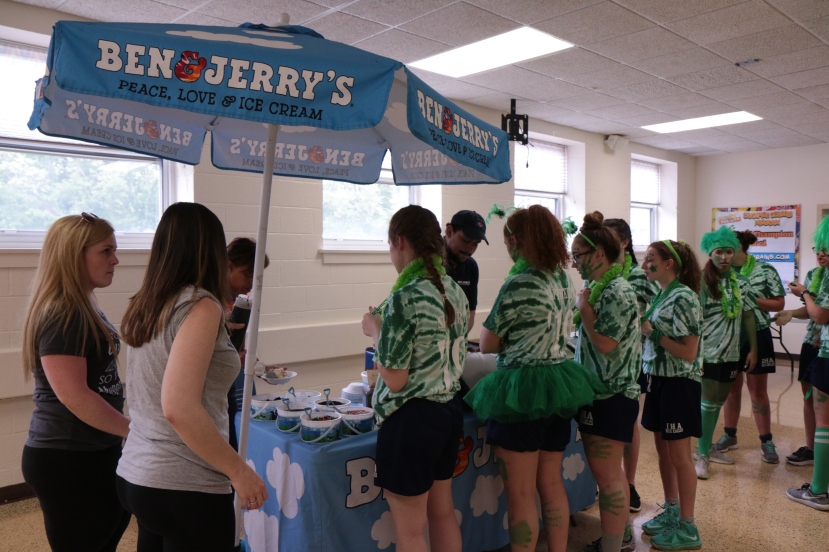