The Mesentery, the 79th Organ

The mesentery has even been mentioned on the popular TV show, Grey’s Anatomy.
Photo courtesy of ABC

The week of January eleventh, the scientific world experienced a major shift after a new organ was found in the human body, upping the accepted number of organs to 79. While researchers have known about this collection of cells in the digestive tract for years, they have just had their findings published in the medical journal Lancet: Gastroenterology and Hepatology and displayed on television show Grey’s Anatomy.

The mesentery was first shown during the 15th century, when it was present in a drawing by Leonardo da Vinci. In addition, during the 1870s Carl Toldt completed his own research, but refused to recognize the collection of cells as a contiguous organ.

As research on the mesentery progressed, scientists began to understand that it is not only a folding of tissues, but rather a complete organ with its own function. Scientists in Ireland continued Toldt’s research in 2008, and they believe their findings are conclusive. The research has led to an understanding that the mesentery is not a bunch of different pieces connected, nor a mere collection of cells. 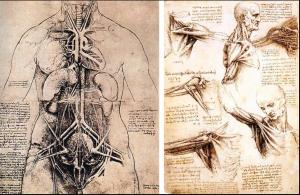 While scientists are not completely clear on what the mesentery does, they believe it is responsible for the transport of blood and fluid from the small and large intestine to the rest of the body. Likewise, the “new” organ helps to stabilize the intestine and stops it from collapsing into the pelvis.

So, while the mesentery may not be commonly known as the 79th organ, its presence in medical journals and textbooks supports the scientist’s research. In the near future doctors will be able to use knowledge of the mesentery to treat digestive disorders, and can further map the mesentery through colonoscopies.

While the body has been studied for centuries, scientists are not convinced they have found everything there is to know about human anatomy. It will be interesting to see what researchers will be able to find next!