Congress’s rejection of a bill to prevent those on the no-fly list from buying guns is ridiculous. The first step for the U.S. in gun control is to be more vigilant and strict as to who can purchase a gun. This can be accomplished by background checks and by the bill that was recently denied which was intended to stop the people on the no-fly list from purchasing guns.

According to the FBI, the no-fly list is a list created by the Terrorist Screening Center that consists of the names of known or suspected terrorists. These people are prohibited from boarding commercial aircraft flying from or into the U.S.

According to the Daily News, a bill was proposed in the Bush administration that would make it illegal for those on the no-fly list to purchase guns. Congress rejected this bill after the San Bernardino shooting.

Those that praise Congress for this decision might say that background checks are already required in order to purchase a gun and that this bill was unnecessary. 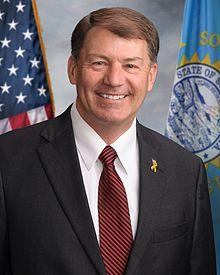 However, these background checks do not appear to be nearly effective enough. According to the Federal Government Accountability Office, in the past 11 years, over 2,000 people that are a part of the Terrorist Watch List have successfully purchased weapons while in the U.S.

There is also a loophole in legislation that puts guns in the hands of many people without a background check. According to Governing Magazine, the majority of states do not require background checks at gun shows if the guns are purchased from private individuals, those who do not use gun sales as their primary income source. Licensed dealers are the only group that must conduct background checks.

At the current condition of background checks, they do not control gun sales nearly enough.

In defense of the denial of this bill, Senator Mike Rounds said, “Sometimes we focus on the gun itself when we probably should be focusing on the person that’s using the gun,” according to USA Today. This corresponds to the argument some would make saying that the country should put more focus on helping the ill people, terrorists or not, that will do harm with a gun than preventing the actual gun. 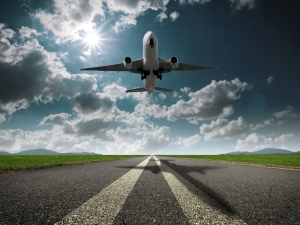 Although it is incredibly important for the country to support those with mental illness, it would be much easier and much more effective to simply stop them from getting guns. Passing a law is much less complicated than curing everyone with a mental illness.

In a study conducted in 2001 by the Journal of the American Academy of Child and Adolescent Psychiatry, only 23% of the studied pool of mass murderers had a psychiatric history.

By attempting to expel gun violence by helping the mentally ill, the country would be neglecting 77% of mass murderers.

To most, it seems that preventing those the U.S. believes to be terrorists from purchasing guns would be common sense. This bill could have prevented a future shooting, but cannot, because it was not passed. Congress’s next step should definitely be improving background checks, especially by restricting the no-fly list names from purchasing guns.