High School Musical 4 Open Call Auditions: Could This Be Your Big Break? 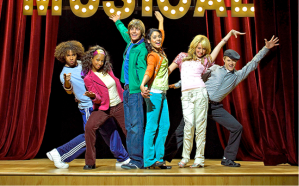 However all these large dance numbers will require a large cast. Disney announced that they will be having an open casting call with a twist. The auditions will be done through the Disney Applause App. The App is available for iOS and Android phones.  Auditions will be accepted beginning on Monday, May 2nd.

Disney is accepting auditions from people from the ages of 14 – 17. Disney is also being very fair about their auditions. There are no fees to audition and on the app there will be videos from current Disney Channel stars with advice on how to audition.

According to The Hollywood Reporter, Disney has said they “Are looking for the next Zac Efron”. The old stars of the movies had made their big break in these movies and it could be time for a new generation of East High Wildcat Stars.