2016 Rio Olympics Ticket Sales Down After Health and Financial Issues 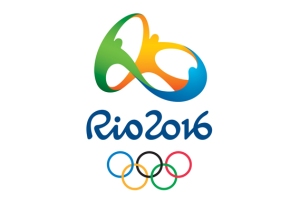 Games organizers for the 2016 Rio Olympics have revealed that fewer than half of the tickets for the event have been sold so far.

The news comes after a host of problems have faced the country during its preparation for the Games.

One problem, according to Business Insider, is the outbreak of the Zika virus in Brazil. People are less likely to travel to the Games with a fear of catching the illness, and the Public Health Agency of Canada has even issued a Level 2 travel health notice specifically to the Games, warning the travelers to practice special precautions.

Another health concern, according to Business Insider, is the sewage-infested water in which the athletes will compete. According to Kristina Mena, an expert in waterborne viruses, if US waters contained the same level of viruses, the beaches would probably be shut down.

Aside from the health concerns, the Games have also raised financial concerns. According to Will Connors of the Wall Street Journal, the budget for the Games has risen 25% since the planning stage, taking a significant amount of money out of government funds.

This comes at a bad time in Brazil’s economy, considering unemployment in the nation is at 7.5%, and the inflation rate is at 9.56%.

Additionally, President Dilma Rousseff has lost the approval of the Brazilian people over a scandal with Petrobras, a state-controlled oil company. Rousseff served as the chair of the company’s board while the scandal took place. According to CNBC, her approval ratings are at only 8%.

According to Business Insider, all these health and financial concerns have created a disapproving population, which is further visible in the protests being held around the nation.

Despite the negativity surrounding the Games, Mario Andrada, spokesman for the 2016 Rio Olympics, has remained positive. Andrada expressed his positivity to reporters at the US Olympic Committee’s pre-Games media summit in Beverly Hills, saying that the Brazilians are just late to purchase the tickets, and the event will be a success.

Andrada explained, “Sometimes people get nervous. There is no problem, we are going to sell all the tickets.”