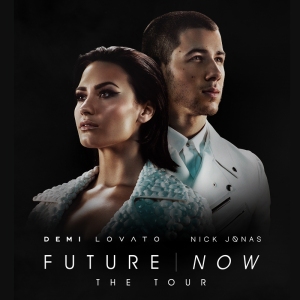 It’s the Camp Rock reunion everyone’s been waiting for! Okay, maybe not, but Demi Lovato and Nick Jonas, the two stars of the 2008 Disney Channel original movie Camp Rock, announced they will be going on tour together in 2016! The tour will be performing all over the country at venues large and small. These close friends decided to go on tour together promoting Demi’s album Confidence and Nick’s self-titled 2014 album. People all over are buzzing about this exciting news!

Future Now has fans of both Nick and Demi full of excitement! “I would love to see them in Concert” one of IHA’s own said in response to the tour. “They sound well together and they have a natural chemistry.” When students were asked if they would go see the concert many replied with energetic answers such as “I’ve been a fan of the two artists for years and to see them come together live would be a great experience!” Other students mentioned that it is exciting to see some of their favorite childhood stars come together again so many years later. This will not be the first time the two toured together. Back in 2008 Demi toured with the Jonas Brothers for their Burnin’ Up Tour.

Future Now starts on June 24th, 2016 in Sunrise, Florida and ends on September 17th 2016 in Los Angeles. Anyone from New Jersey and New York interested in seeing this tour can see them at The Barclays Center, The Prudential Center, in Newark NJ, Camden NJ, as well as a few other close venues. Tickets are on sale now so get ready to see this Disney duo perform together just like when they were kids on Disney Channel!