Popular Gifts From the 2015 Holiday Season 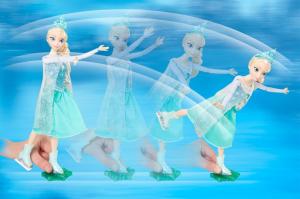 Everyone has memories from childhood of bounding down the stairs and racing towards the Christmas tree to open presents. As you got older, however, you most likely stopped asking for toys and began asking for the newest iPhone, most up-to-date video console, or the newest clothing. What would have been on your Christmas list if you were a kid this year?

Another product that was expected to do well on the market this year was the 3D Magic- 3D Maker from Mookie. Using a creation station that has a built in UV light, children can use gel pens to mold structures and create tiny figurines, and then hold them in place by exposing them to the UV light. On the market, this gadget sells for $39.99.

With the highly anticipated release of Star Wars: The Force Awakens movie on December 18th, Toys R Us released animatronic action interactive figures based on the movie. The figures of the characters are proposed to be big sellers, as they are marketed towards fans of the movies. The figurines will sell for $129.99.

The highly anticipated “Hoverboard” was expected to fly off the shelves.
Photo Credit: YouTube

As for teenagers and older kids, a gift that was expected to be a bestseller was the infamous Hoverboard scooter, which has been all over the Internet and social media. If you are unfamiliar with it, the Hoverboard scooter allows riders to the step on and to feel as if they are floating. The prices of Hoverboard scooters vary, but anyone expecting to purchase one should expect to see pricing around $599.

Another tech gadget that was projected to sell is the Apple Watch, which became available for purchase at the end of April. The prices of the Apple Watch vary greatly, and the prices range anywhere from $349 to thousands of dollars. Other Apple products, such as the iPad Mini and the newly released MacBook, were also expected to sell among teenagers.

Hopefully, all children and teens that were anticipating opening their presents received everything on their wish list last holiday season.