After years of speculation and rumors, politician Hilary Clinton has officially announced her intention to run as the Democratic candidate for the 2016 presidential elections.

Her official statement came through the form of a video, which she posted on her website. The video portrays America’s melting pot of diverse people preparing for various events in their life. It then ends with the former secretary of state herself, not until about the 1:30 mark of the two minute video, that has Clinton declaring that she “wants to be that champion,” as the President of the United States.

The video captured a message that was central to her campaign by the display of normality and lack of focus on herself, marking an end from Clinton’s first attempt at running for office back in 2008. Her launch video then showed only her, sitting on an expensive couch in her mansion and telling America that she is “in, and in to win”. This humbling video set a tone that was far different from Clinton’s high-profile, almost celebrity-like attempts from 2008. 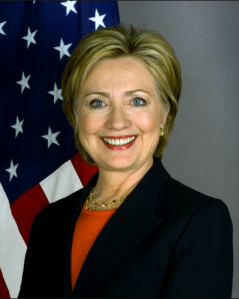 In fact, Clinton this year was the first candidate to formally announce her intention to run for the Democratic Party, and she is unlikely to face any real challenges until the general election. The digital launch was followed by small events in Iowa, without any large rallies or campaign speeches.

Despite the stronger start in this year’s announcement video, Clinton still faces a great deal of scrutiny and criticism, ranging from her use of her personal email address during her time in the State Department to mistakes her husband made while in office as the 42nd president of the United States.

Despite such shortcomings, it is without a doubt that Hilary Clinton’s campaign has serious momentum, and will not be taken lightly this time around.

With this continued success, America could very well be looking at the first female president of the United States.