Giuliana Rancic took over social media when people heard her rude and racist comment about Zendaya’s new look. Her comments were directed toward Zendaya showing up to the 87th Oscars with her hair in dreadlocks.

Fashion Police aired the episode with Rancic’s comment about Zendaya, saying she probably smelled of weed or patchouli oil. These assumptions blew up Twitter, where Zendaya chose to respond to the comment. 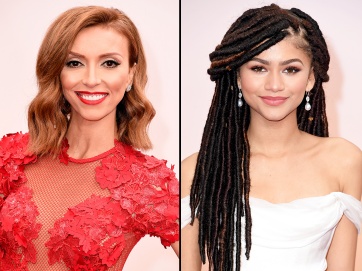 “There is a fine line between what is funny and disrespectful. Someone said something about my hair at the Oscars that left me in awe. Not because I was relishing in rave outfit reviews, but because I was hit with ignorant slurs and pure disrespect,” Zendaya wrote.

We also know that Fashion Police is not a live show, and Rancic’s comment was recognized and still aired. Cohost Kelly Osborne warned Rancic about her racist comment, but it was still said.

Osborne also took it to Twitter to let her fans know that she does not agree with Rancic’s comment and that she even warned her that putting it on the show was risky. Osborne wanted to make sure everyone knew she had nothing to due with Rancic’s rude remarks towards Zendaya and also reminded her friends via Twitter that she and Zendaya are friends.

Osborne took it a step further by threatening to leave the show due to the comment.

On Tuesday, February 24, Rancic aired an apology to Zendaya and to anyone else who took offense to the racist comment. “As you know, Fashion Police is a show that pokes fun at celebrities in good spirit, but I do realize that something I said last night did cross the line,” Rancic said during her apology on E News.

Zendaya did accept the apology, and her fans still support her and are sticking by her side. People respect the way she chose to respond and defend herself.

The cast of Fashion Police is friends of Zendaya. She appeared on the show multiple times to sub in for Rancic. Melissa Rivers, daughter of the late Joan Rivers, even posted a picture of Zendaya on Joan’s lap trying to mend the relationship.

Both Zendaya and Rancic are yet to touch back on the incident since the apology aired.