Michael Phelps is engaged! He announced the happy news on Saturday in the cutest way possible. 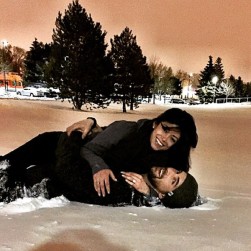 Phelps revealed their engagement late on Saturday via an adorable Instagram picture of her embracing and laying on top of him, showcasing a sparkling ring as the two smiled.

The two have dated on and off since 2007. Phelps’ new fiancée, who is less than two weeks younger than he, shared on her Instagram page a similar photo, showing them in the same position while staring into each other’s eyes.

The photos were taken by Allison Schmitt, who was Phelps’ training partner and is a six-time Olympian and champion swimmer as well. She posted a third picture of the happy couple, which features a closer look at Johnson’s engagement ring. 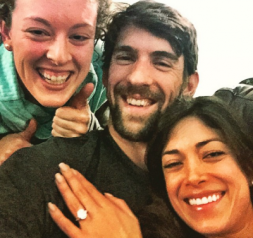 After the proposal, Nicole Johnson shows off her sparkling new ring, as she poses with now-fiancé.
Photo Credit: Gossip Cop