Just before the New Year, Blake Lively gave birth to her and Ryan Reynolds’ first child near their home in Bedford, NY.

The child arrived earlier than expected, but we are told both mom and baby are healthy and doing well.

Lively, 27, and Reynolds, 37, married in 2012, and she told US Weekly in October that pregnancy was “something that I’ve always wanted ever since I was a little girl…” 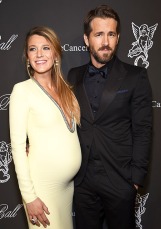 Blake Lively shows her baby bump on the red carpet with Ryan Reynolds in October
Credit: US Magazine

The name and sex of the baby have not been revealed; however, speculation has risen after a hospital employee tweeted congratulating the couple on “the birth of their baby daughter Violet!” The tweet has since been deleted, and the family has chosen to remain private in these first few weeks after the birth.